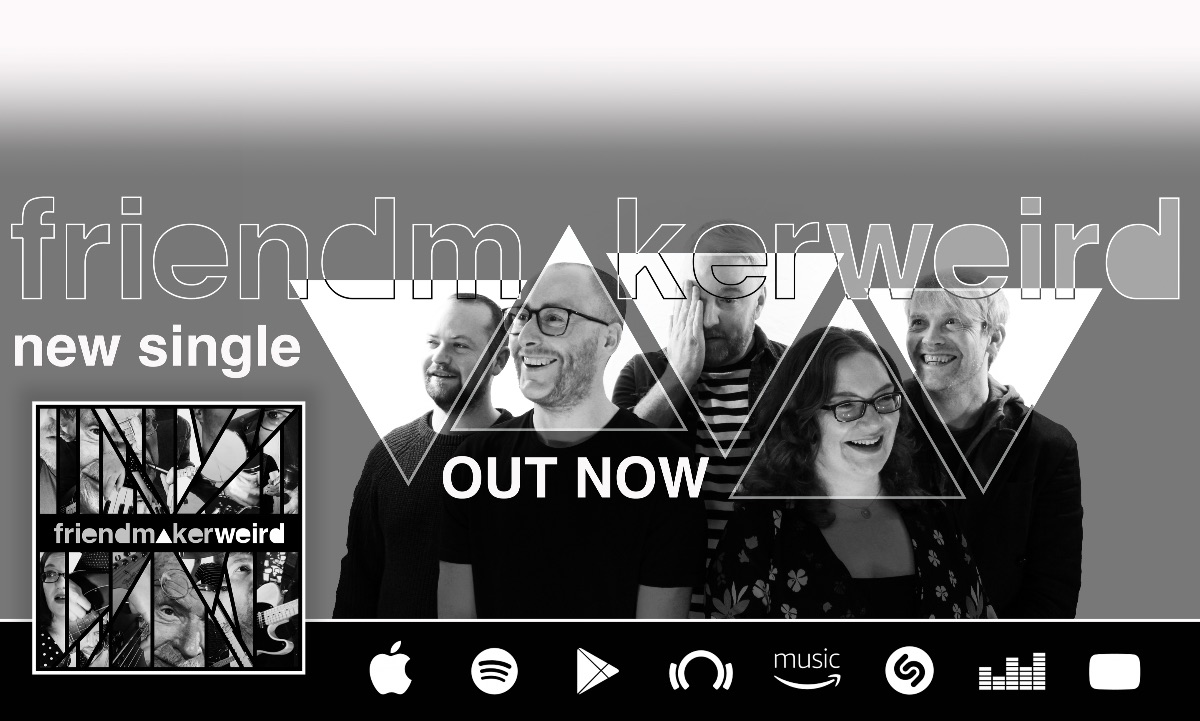 Here are some of the kind words from recent reviews. 😍

“this could potentially be the next band that you fall in love with.”  “somewhere between the delicacy of folk music, the effortless cool of indie and the shimmering ambience of more cinematic endeavours, “You, Me and Everything Else” is one hell of an opening salvo from Ireland’s Friendmaker.” – The Big Takeover (Brooklyn NYC) 🇺🇸 ------ “stunning and powerful music” “a band you will want to be hearing more from after the first listen of their new single” “this indie rock/ neofolk collective blends a rich storytelling approach and melodic richness.. great songmanship, solid melody and balanced harmony within their music.” – Amplify Music Magazine (Canada) 🇨🇦 ------ “If folk is getting a bit dry for your tastes, indie seems too obsessed with its own self-image and pop feels too throw-away and pointless, Friendmaker have arrived just in time to show you a way to appreciate each of those genres, and more besides.” – Dancing About Architecture UK 🇬🇧 ------ “This five-piece has ticked all our boxes, .... a full-out cinematic production.... “catchy and colorful, yet comfortably on the reflective end of the spectrum, their personalities percolating through this stunning creation" – The Record Stache (Florida, USA) 🇺🇸 --------- This is a beautiful track. The emotion from the vocal carries throughout the track. I love the serenity in the melody and the harmonisation in the vocals. You can feel the emotion with every note struck and every lyric sung. - Top of the Radar (UK) 🇬🇧 ------ “Track of the Day” – Wrinkly Rockers Club (London, UK) 🇬🇧 --------- Friendmaker combines Marron’s endearing storytelling approach and insightful lyrics with a rich soundtrack of carefully crafted folk-tinged indie rock. I seldom do single songs or stand-alone videos, but I am making an exception for this one” – Weathered Music (Canada) 🇨🇦 -------- Friendmaker stand clearly above the noise with their latest stunning single. A sound comparable to Doves, Radiohead, and Arcade Fire, Voice and guitar break the quietude in a meaningful verse, deep and wholesome vocal flows superbly across gentle and tuneful steel string strumming. an encapsulated smash of music that grows and then bursts like a bubble, releasing all its energy.  – Rowan Blair Colver (Sound Read Six UK) 🇬🇧 -------- New Music you need to hear. I enjoyed how this song builds. Looking forward to hearing more.” - Norman Batley (WNRM – Florida, USA) 🇺🇸 --------- Lovely debut single from Monaghan's 5-piece Irish music supergroup "Friendmaker", - Kieran (Radio Nova Ireland) 🇮🇪 -------- “A Brilliant new single. A fantastic new song” – John Oxley - The Music Zone (Sheffield, UK) 🇬🇧 ---------- Acoustic and dreamy, giving the listener plenty of time to have a think. One for the end of the evening as it meanders and builds – Blues Blues UK 🇬🇧 If you haven't heard our new single or seen the video then head along to this link: https://distrokid.com/hyperfollow/friendmaker/you-me-and-everything-else 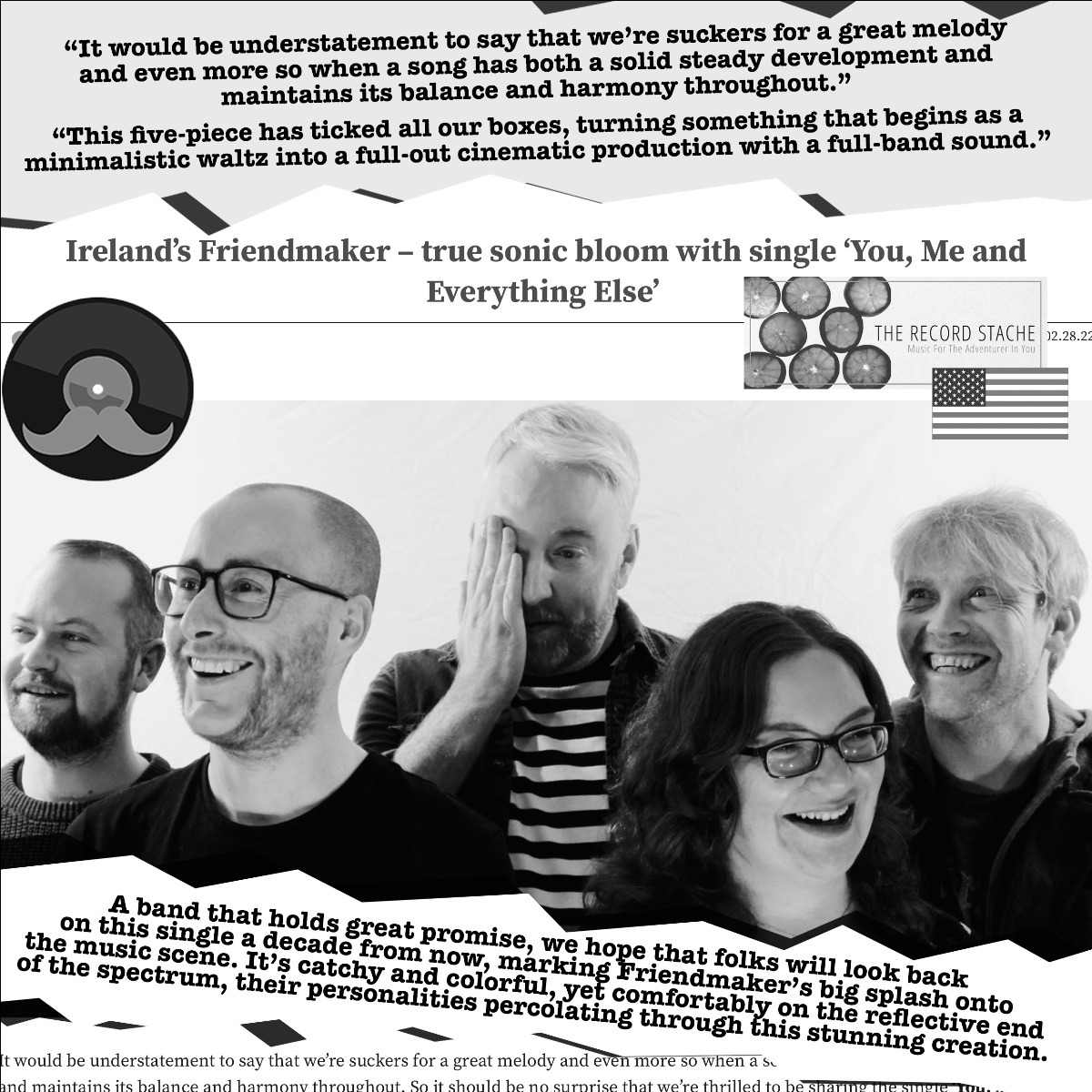 For the latest news of Friendmaker releases please subscribe